Negligent Hiring and the Costly Impact on Employers 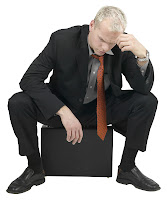 What is Negligent Hiring? It is a claim that is made against an employer by an employee who has been injured. It is based on the idea that the employer knew, or should have known, about the employee’s past behaviors such as violence or untrustworthiness.

An article in Inside Counsel magazine stated that, "negligent hiring and negligent supervision claims arise when an employer knows or should have known of an employee’s potential to be a threat to other people." About 75% of employers lose negligent hiring cases with settlement claims averaging $1 million dollars.

There is an enormous risk to employers when pre-employment screening is not done accurately. For example, an Arkansas jury awarded the family of a truck driver who was killed by a timber truck driver in 2008, $7 million for Negligent Hiring. The family lawyers claimed that if the Timber Company did a basic background check on the driver they would have found that the he had an unsafe driving record and his license had been revoked twice, therefore resulting in the jury award.

Every employer has an obligation when they hire; they are required to ensure the safety of their employees and customers. In order to do that it is important that your organization’s background screening vendor use the best practice recommendations as set forth by the National Association of Professional Background Screeners (NAPBS) Background Screening Agency Accreditation Program (see details here).

Your financial stability and company reputation depend on it!